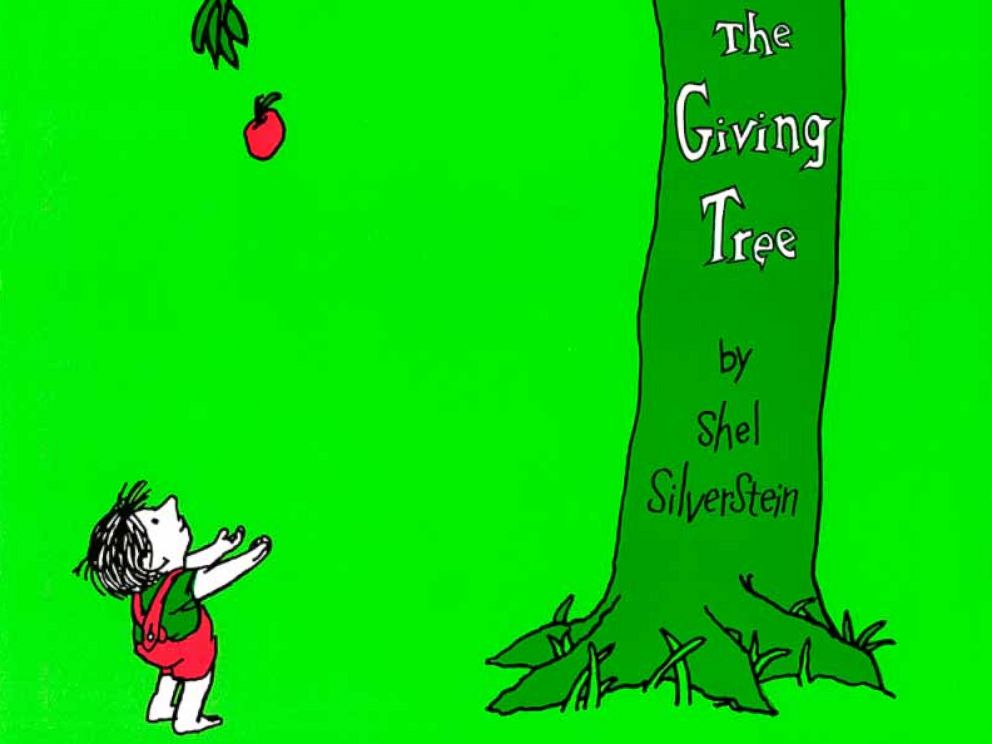 Once in a while, I see recommendations for the book The Giving Tree. The first recommendation I saw was in a video of Carlos Nadalim. I borrowed the book from the library and I felt some discomfort while reading it. I decided to research about it and found other mothers uncomfortable with this and others Shel Silverstein’s books as well.

It seemed to me the story brings pantheistic/environmentalist ideas and even to evoke leftist issues. The tree is presented as emotionally dependent on the boy/man and the latter as a tree abuser. I could not find out what the real intention of the author was; some say it was about the relationship between parents and children, others say it is about the relationship of the man with the environment. Although some Christians see in the tree a figure of God’s unconditional love.

The author was progressive, a cartoonist from Playboy, a friend of Hugh Hefner (the creator of Playboy) and wrote adult books, some of which defined as subversives. There is an article saying he lived for certain periods inside the Playboy mansion, where he wrote some of his children’s books.

The author had made previously an adult version of this book, called “I accept the challenge”:

“the cartoon begins with a nude woman sitting on a trunk on which the words “Real man wanted” are written. A rather confident (and nude) gentleman approaches the woman and kicks away the trunk, wordlessly offering himself to her. She thereupon whips out a pair of scissors and begins gleefully to cut away the man’s appendages until nothing remains but his torso. The cartoon ends as it began, with the woman sitting on a trunk (now recognizable as the man’s torso) on which we see, “Real man wanted.” This illustration is unmistakably similar to the final image in The Giving Tree of an old man sitting on a stump, facing away from us.” [source] 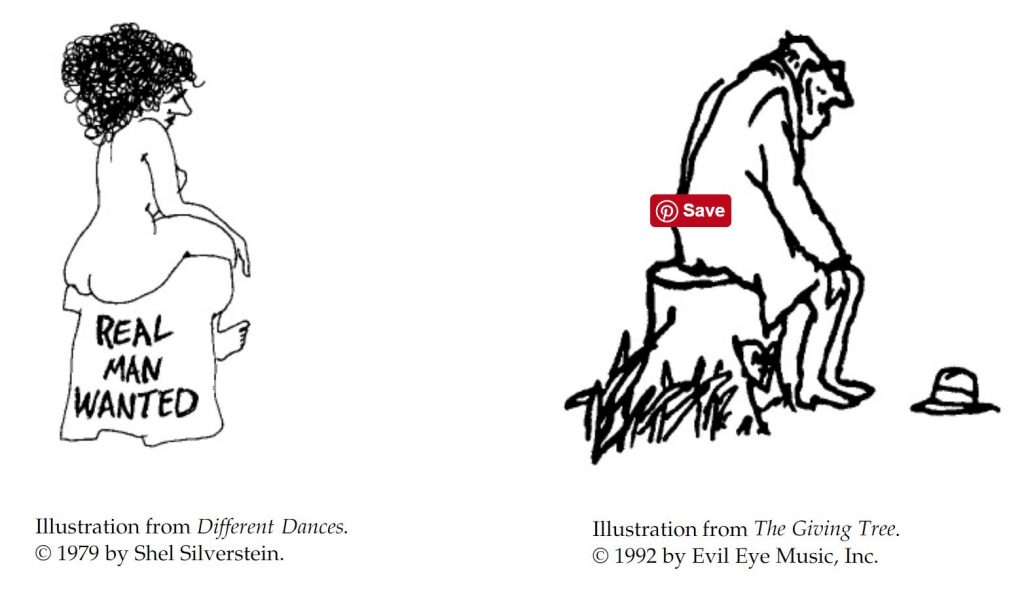 See this poem from the same author:

There is a voice inside of you
that whispers all day long,
‘I feel that this is right for me,
I know that this is wrong.’
No teacher, preacher, parent, friend
or wise man can decide
what’s right for you – just listen to
the voice that speaks inside.

This poem is contrary to what the Bible says, that the human heart is deceitful.

“The heart is deceitful above all things, and desperately sick; who can understand it?” Jeremiah 17:9

“Therefore, as the Holy Spirit says, ‘Today, if you hear his voice, do not harden your hearts as in the rebellion, on the day of testing in the wilderness” Hebrews 3:7-8

I hope this text helps parents to make a more informed decision about this reading, judging whether it is appropriate for their children or not.